How do you know what to believe?

The internet has fragmented the ancient institutions that have shaped and disseminated knowledge and it has democratized facts in a way never before seen in human history.

When deciding what to believe, and by corollary what moral and practical courses of action derive from those beliefs, anyone with an internet connection can now cultivate a near endless hotpot of thought and opinion on almost any subject matter.

But, as argued by the author Mark Danielewski, in the field of images, moving or otherwise, the increasing fidelity of the recorded image has gone hand in hand with an increasing ability to convincingly manipulate those images.

Here then are a couple of questions we ought to always ask ourselves when confronted by the encyclopaedic, world wide web of thought and opinion.  Think of these questions as a stiff broom for clearing away whatever layers of obscuring filth may lead us to hold false, perhaps even dangerous, beliefs.

1. “Can I find independent and unequivocal verification for this assertion?”

For any statement you come across, ask yourself the above question.  Let’s try one:

“A shortage of new houses is driving up house prices.”

Or another: “The US Government co-ordinated the attack on the World Trade Centre”.

As you are marvellously astute, you will stop me there and point a finger at the word ‘independent’ in the question.  I blush, for it is true, we have a hidden assumption, an implicit further question that begs for a definition of what ‘independent verification’ could look like.

This isn’t so troubling.  I contend that independent verification relies on the verifier having no material interest in a particular conclusion that could be drawn from the assertion and no interest in manipulating one’s opinion regarding a particular conclusion.  The world of science offers a pretty good model for this, whereby assertions are made, e.g. ‘Smoking is bad for your health’ and the methodologies and observations recorded are subjected to the scrutiny of peers who would not benefit from any particular conclusion regarding cigarettes.  In the UK parliament, there are parliamentary committees who undertake investigations in the public interest and are made up of members of all the main political parties, in order to ensure that questioning of assertions is not ideologically one-sided, and also thereby minimising the likelihood of special interests prevailing.

Let’s go back to our statement on the housing shortage.  A quick Google reveals it on a property advice website*.  The report the website quotes, from which the statement derives, is from a planning consultancy called Turley.  A quick look at their website* shows that they can evidence housing requirements, on which the above assertion is based, with “a scenario-based toolkit which factors in demographics, economics, affordability and policy drivers and constraints.”

The efficacy of their model will determine the extent to which they can verify their assertion.  If you can be bothered to go further.

Most of us will be unwilling to spend the time drilling into this further.  However, one can see that they are a company that benefits financially from advising councils and corporate clients on their estate planning.  This means that there is the risk they may be drawn towards the conclusion implicit in the assertion, that more housing needs to be built.  They have a material interest.

At this point I’d like to add a sub-question to the above:

1a. “Have I actually bothered to find independent and unequivocal verification for this assertion?”

If the answer is ‘No’, you are at risk of basing your beliefs on limited or even flawed evidence.  The extent to which this matters is determined by the extent to which the belief you have matters to you.  If it matters a lot, then you most likely hold some pretty stupid beliefs.  You might disagree with that, but on what basis?

A mere ‘cursory’ check of sources may not be enough.  Let’s take the WTC conspiracy theory.  I got into this for a while.  I wanted to understand what was being said and wanted to assess the evidence beyond what was represented in the mainstream news.

I looked into theories about the nature of the collapse in particular, that it was a demolition.  I ended up looking at arguments between people purporting to be experts on controlled skyscraper demolitions and other assorted structural engineers.  There was no clear ‘winner’ with regard to the arguments presented.  I lacked the technical knowledge anyway and after about four or five hours sifting through information I hit a brick wall.  So what should I believe?  Let’s ask another question:

2. “Does this assertion stand or fall on the merits of its own supporting evidence?”

If the assertion has a direct body of evidence you can scrutinise, such as that appending to “Smoking is bad for your health”, you stand a decent chance of determining the truth of the assertion.  When it is hard to determine the truth of an individual assertion, one can still judge its merits on the assertions that support it or are related to it.**  For example, with the WTC collapse, if it is hard to conclude it was a demolition by assessing the claims made by various experts, one can look to other assertions made, such as suspected insider trading, the Pentagon attack, Flight 93 and so on.  If this web of related events contained strong independently verified evidence in support of a government conspiracy, it would provide support for the related assertion regarding the collapse and help you decide what to believe.

If the supporting evidence for the web of ‘knowledge’ around the assertion is inconclusive, the only rational response is to remain agnostic.  It is not a comfortable place to be.  The brain is hardwired to find coherent patterns, its principle mode of operation is to automatize/positively accommodate any sensory data it processes, and it dislikes, we dislike, just not knowing one way or the other.  We are logical.  We cannot accept two competing conclusions.

You can be criticised for ‘sitting on the fence’.  I think that’s fair enough.  It’s important to accept (and it would be bold to acknowledge) that assertions about the World Trade Center aren’t important enough for you to delve into for many hours.  If the WTC collapse was important enough to you, you’d get an advanced engineering and/or physics degree in order to better understand the arguments presented in support of or against the assertion.  If it mattered that much.

The point here is that you have to ask yourself what really matters to you, because the only way to judge what matters to you is by looking at your actions, not your beliefs.  My research into the 9/11 disaster mattered only so much to me, it was only worth four or five hours of my time doing some searches.  My research into whether or not God existed, or whether the mind was the brain took up a thousand or more hours, because the answers mattered hugely to me.  I spent time debating on internet forums, the subjects formed part of my degree in Philosophy where my arguments were picked apart by people with fierce analytical skills and much greater and broader subject area knowledge than my own, adept at exposing flaws in logic.  I read numerous academic texts on these specific subjects and numerous research papers, a number of which were after my degree.  My degree course also forced me to examine and argue for as well as against positions that differed wildly from my own, such as solipsism or dualism.  Continuing this approach, I used to buy The New Statesman and The Spectator, to expose myself to a broad swathe of thought.   I believe I am closer to knowledge in relation to those great philosophical questions than I was previously.  You may rightly argue I’m merely further away from ignorance.

My views on the Middle East (as well as the housing crisis) are limited, I have to acknowledge that and be careful about what I do say, but that’s only because I’m conscious of how little I know, and I cannot trust that what I know is sufficient to be considered, objectively, as knowledge.  Unlike many people on Twitter, that stops me from stating opinions on these subjects as though they are facts.

However, I do have a few good questions that I can approach assertions with, that will help me to understand what can and can’t sensibly be called knowledge.  It behoves us all to ask these questions of the things we read, in an age where the ability to control, doctor and spin facts is more insidious, immediate and widespread than it’s ever been.

*UPDATE Jan 16: This is no longer available.  Hopefully you can take the point as read for the purposes of this argument. 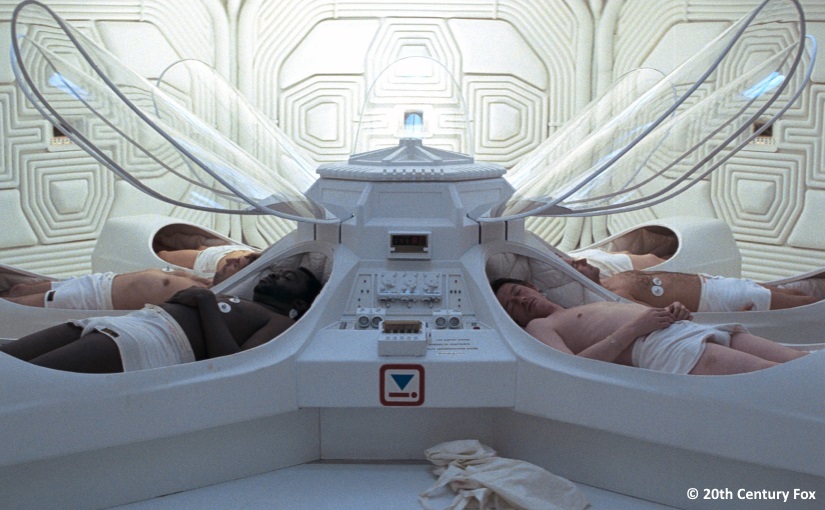 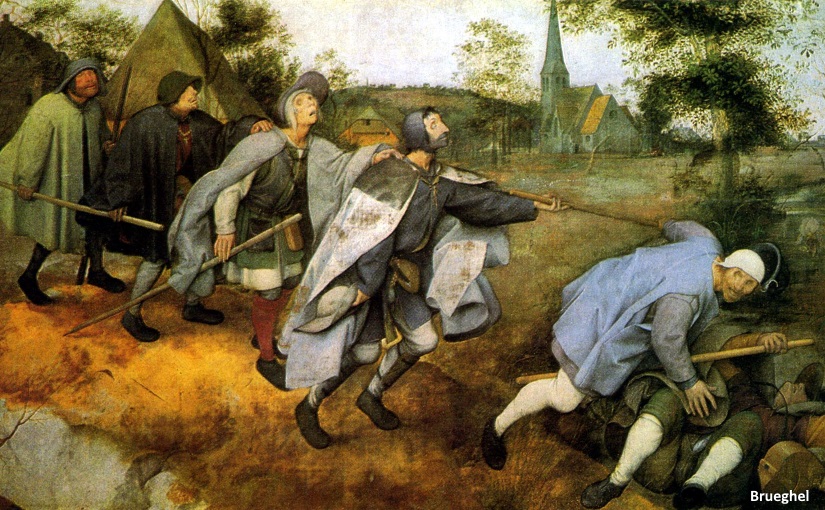 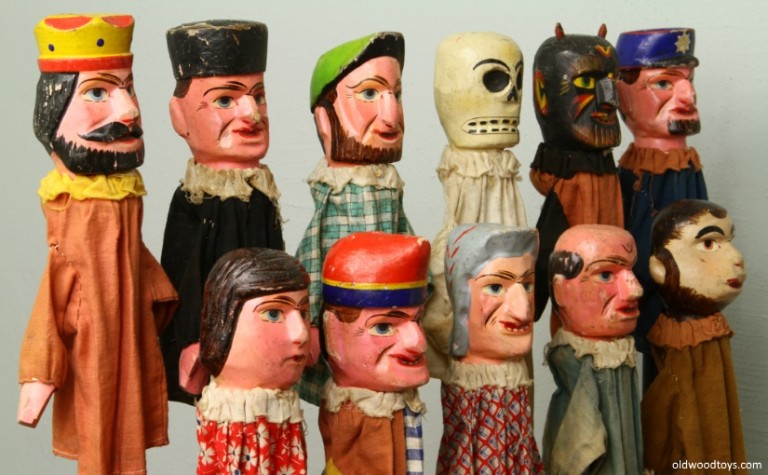