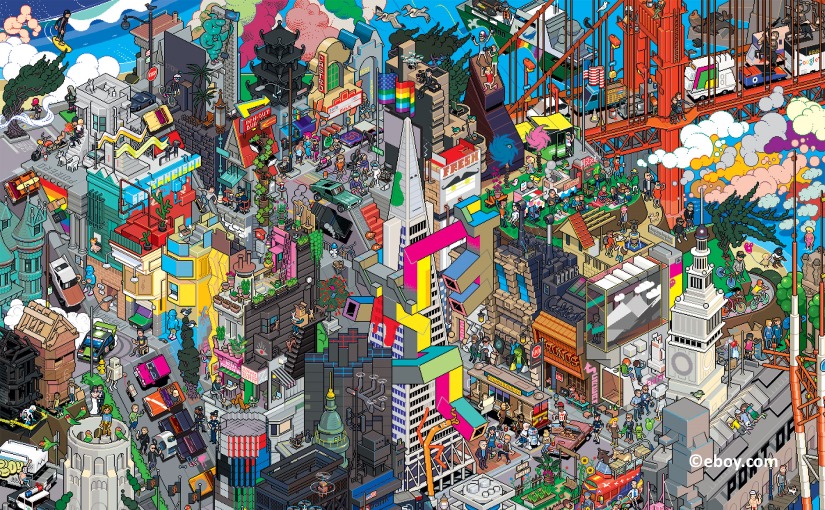 …aka ‘Why I’ve decided to boycott Facebook and Google.’

I fancied popping along to Bristolcon for the first time and I was invited to do a panel called ‘You are the product’.

I’d put it down as an option (the organisers offer a range of panel ideas and pick those options they can fill) thinking it would at least give me a chance to do some research for this story I’ve got bubbling around in my head that isn’t, strictly, fantasy.

In the couple of weeks that I dug into how our social media platforms and everyone’s favourite search engine manipulate us, how they harvest reams of personal data we’d never give our governments while allowing them to sell this data on to anyone they choose, for astronomical profit, I realised I could no longer be a part of it.

It could all be so different, but we get what we deserve.

I knew all this of course. “We” knew all this, didn’t we? Yes, they gather information on us, yes they are an ad-driven service because they give the software/tools away for free, so how else would they make their money.

I’ve got nothing that’s any more clever or original or frightening than what you’ll read, if you choose to, in the following links. But if you need a TLDR, here’s some key thoughts.

“So what Adrian, I don’t pay any attention to the ads, I ignore or block loads of it.”

Go you. You’re the kind of user we need when engaging with Facebook, but do you seriously think, for a moment, that all two billion users index highly on critical thinking, media analysis, go to the source and/or read a wide variety of sources at that? Do they all know that their news feeds are being manipulated to increase the content they’re mostly likely to click in order to give Facebook more datapoints on them and increase its own revenue? Do any of us understand sufficiently just how sophisticated the data mining is and the uses to which it’s put? Do we understand that we are being triggered in all cases where it’s being attempted?

Do you think Donald Trump actually uses his own Twitter account? That his team aren’t putting in highly provocative and targeted key words and phrases because they elicit more clicks and with that more voting pattern data for their next round of electioneering? We’re being played.

Well, I don’t buy battery farmed eggs. I go to another supplier. These two organisations have billions of customers and almost, almost, nowhere else to go.

Traditional news outlets are shrinking in number and in budgets, retreating behind paywalls, cutting staff, or plain begging for money to maintain their services. Unless they’re funded by someone. And if not the people, they are funded by the Murdochs of this world and it’s abundantly clear (to quite a few Facebook users too I’m sure) that their news is biased, indeed, they tell you regularly how they would like you to vote. Billionnaires can afford long form journalism coloured to suit their interests. It was always thus. If you’re unwilling to pay for it you get it for free, and you get it by searching or on social media.

Thus Facebook and Google provide us with our news, from a variety of sources. But they don’t tell us, because it would reduce their profits, how it is those news sources arrive at our feeds. We don’t choose those sources, they choose us. The moment you click to go on pretty much any website there is an algorithmically driven auction that takes place for the right to place ads and content before your eyes. Sure we can use these tools to look beyond what is pushed at our eyes, but again, how many of us are equipped to do that?

“You’re pissing in the wind Adrian.”

I am. Same as my boycotting of battery farmed eggs or those clothing brands I’m aware of having used child labour, such as Nike. I’m sure I’m guilty still of ignorance regarding brands I use, but my boycotting of Nike products is also me pissing in the wind, isn’t it. Perhaps I shouldn’t bother, but you do what you can do and in a global economy it isn’t much at all.

“There’s got to be some way out of here.”

I find it interesting that it is perfectly within the capability of Facebook and Google to provide an ad-free, data mining-free service for a subscription, an option alongside the free ad-driven use of these tools. They don’t because it’s far, far less profitable. That’s it. We could have our data remain private, we could have effective search engines and social media platforms that connect us more transparently and it would make a profit. Just rather too small a profit for the ambitions of Brin, Page and Zuckerberg. They know two billion people better than these people know themselves and they’re using it to shape the world for no other reason than to make even more money, as far as I can tell.

Blockchain (smart contracts) is coming. Quantum entanglement is coming. To find out a bit more about these, see the links below. These offer the potential for content distribution to be entirely secure, unmediated by anyone who is not a direct and paid up actor in the system. Technology exists that is capable of helping us keep our privacy while making our transactions transparent. Yet, in a recent study, blockchain, in terms of investment and expertise in a survey of companies, falls way behind AR and VR and miles further behind IoT research.

It’s possible that future education syllabi will contain modules geared specifically towards critical thinking, logic, philosophy and media awareness. The cynic in me suggests we shouldn’t hold our breath, but this at least will allow our children to navigate social media with the cognitive tools to avoid being manipulated and triggered for profit.

Of course, it was the future that was the subject of my panel at Bristolcon and one thing in particular disturbs me about how the current model will develop.

The internet of things.

Sensors are more ubiquitous and cheaper. As Jesse Schell argued, way back in 2010, the internet of things is capable of doing more to engineer our behaviour, both privately and publicly, than anything that’s come up until now, e.g. shoes that transmit how much walking you do in them and so automatically credits your health insurance or reduces your NI contribution.

What happens then when companies are, potentially, sold the information we are likely to provide regarding what we eat, how well we drive, how much time we spend with who, children, partners, friends and, of course, where we are at all times?

There’s a world where your phone will buzz when you are near a bar because the bar knows you are near and knows you are partial to Stella and gives you an offer on Stella, adding double bonus points to a loyalty card for that bar. But you might go in the bar because everyone’s devices are communicating people profiles (as opposed to the bar that bans such sensor driven connectivity). You stand next to someone at the bar and you’ve set your phone to alert you to any Dr.Who fans within 100 metres, who vote Labour, and are single or divorced. Your phones buzz. The bar knows this has happened, that a connection’s been made, and the barman is instructed to offer a two for one drinks deal to you both to get the conversation started. A Dr.Who advert plays on the screen behind the bar because it knows you’re both in the vicinity.

On and on it goes, though the above is, of course, the benign version.

Activists for a fascistic or xenophobic political organisation that has bought your data and have asked to be notified of the proximity of certain people profiles will know that you, in the bar, having voted Labour, also posted antifa propaganda. You get a drink accidentally spilled over you, or worse.

This technology exists now, it’s just the infrastructure hasn’t yet been put together. But it’s coming.

We won’t do anything about it, because we haven’t, up until now. And the data on which such scenarios are based has already been given away and is continuing to be given away, by us, to organisations we don’t know for purposes that we also don’t know.

I’ll stay on Twitter solely so people can DM me, and I’ll share my email with those I know if you haven’t got round to asking for it. Just DM me @adrianlselby on Twitter.

I’ll also be staying on various forums like Fantasy Faction and the Fantasy subreddit and might even spend a bit more time on my old haunt WritingForums.com. See you there.

I cannot recommend highly enough the work of Carole Cadwalladr in the Guardian. Read those if you read nothing else. Yes, lots of Guardian links. I hope that we can see past it to the journalism underneath. But please be assured that I’ve found interesting articles on blockchain and data mining on various other sources, some, like the LRB I can’t easily reproduce without breaking copyright. At least the Guardian keeps it free and is going for the subs model to help keep its long-form journalism alive.

https://www.theguardian.com/profile/carolecadwalladr – for a list of her contributions to the ongoing ‘big data’ subject.

https://www.theguardian.com/news/series/facebook-files – A link to the series on Facebook moderation, for more information on how all that works.

https://thenextweb.com/ – Helps you stay up to date with developments relating to the web

Some stuff below on Blockchain and Smart Contracts.

You either already know more than me, or you’re thinking ‘eh, what now?’ So to give you some idea, this technology could end financial services and banks as an entire industry as we know it, replacing it with something fundamentally different. It’s that important.

This is Jesse Schell’s half hour talk back in 2010. Some of it is quaint, of course, particularly regarding Farmville and Twitter, but keep watching as he delves into a connected future that is utopian or dystopian depending on your point of view.