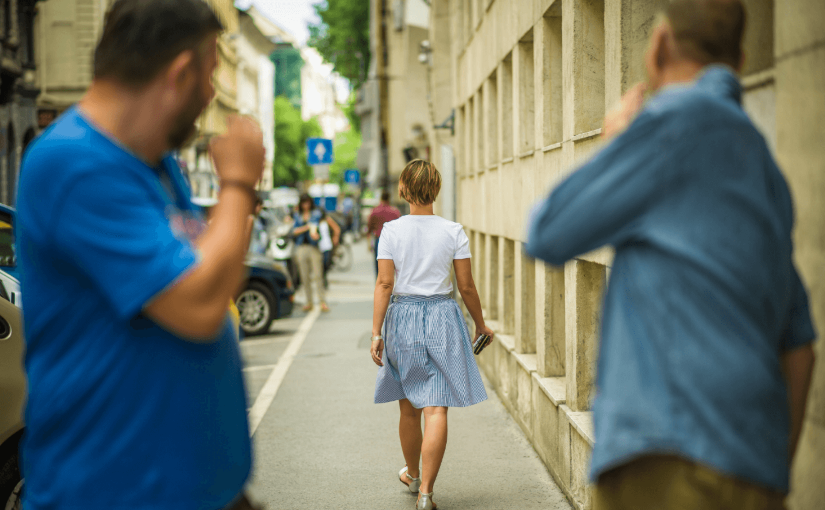 With regard to arguing with others about who we should be and how we should act, I wrote recently about how hard I’ve found it to change my mind. So, after the edits and proofs of my forthcoming novel Brother Red, I managed to get stuck into a book I’d bought a while ago precisely because it promised an exploration of how we actually change our minds.

Stop Being Reasonable by Eleanor Gordon-Smith is a short yet remarkable read, principally because, for a philosopher, she writes wittily, candidly and digestibly, introducing deep and profound questions with deceptive simplicity. She is described on the jacket as a ‘recovering champion debater’ and this characterisation lies at the core of both our dilemmas: How is it that we can provide evidence to refute someone’s stated belief(s) and yet not change their mind? She does it by looking at six case studies and unpicking how the people in them have actually executed radical change in their worldviews and even their identities.

Most pertinent to my concern is her exploration of David Hume’s notion that you apportion belief in something in proportion to the evidence for it and that where there is insufficient evidence to ‘tip the scales’ of two competing beliefs to one side, one should suspend belief. She rightly points out that in areas such as criminal law this is essential given the potential harm that could be done to an innocent if the wrong thing is believed. Then she draws the obvious/not obvious conclusion that the moment we are weighing up the harm done in believing or suspending belief we are not, after all, solely considering the evidence but the potential for harm for choosing to believe one thing or the other:

While the case study this insight relates to is far, far more serious and tragic than my own musings on the problems of changing belief, it offers insight into the challenges I, and I’m sure all of us, have in changing each other’s minds. Our beliefs are part of frameworks and those frameworks may operate on less than rational assumptions. In the case of someone believing that the UK is heading towards a caliphate in the next fifty years, my offering evidence around the extent to which this can’t be true, and/or using that to undermine the evidence they’ve marshalled for it, will not necessarily persuade them not to worry about a caliphate being instituted here, because it might be that the cost of being wrong is so high that they feel it is rational to hold to the belief it could happen and act accordingly unless there is a hard refutation, i.e. a great surfeit of evidence that perhaps might be difficult or impossible to acquire. My refutation might not just need to be in relation to demography of both the UK’s immigrants and the ethnic traits therein, but also a wide range of other views about the predilections, education, capabilities, values and behaviours of anyone unfamiliar with or dismissive of our democratic and civil institutions and laws. Where such views mesh, as can easily be found in the ethno-nationalist, fascist or racist websites and personas on social media, to argue about beliefs regarding a very specific slice of that mesh is going to be an exercise in frustration if the frayed ends you’ve unpicked don’t unravel the wider set of interrelated assumptions. And that’s hard because tearing down world views requires undergoing wide and deep cognitive dissonance about the world one has made sense of. It’s about doing a lot of hard cognitive ‘knitting’ of the old mesh of beliefs to a new one, and one that, now you’ve started re-knitting, may lead to a frankly exhausting journey of reforming many other beliefs. It ties into how you perceive yourself to be. Given many of these assumptions colouring our framework of beliefs might have an emotional or subconsciously biased basis that is opaque to pure reason, how many of us are equipped for that journey of both mind and heart? Yet how many of us are arguing constantly on social media?

The case study that made Gordon-Smith famous illustrates the challenge. She tried to engage with and rationally argue cat-callers and wolf-whistlers out of those behaviours by understanding why they did it and explaining to them why those reasons for doing it were wrong. She unpicks this notion that if one can debate openly with another person regarding their ‘toxic’ views, one should do that, as it will expose the view for what it is and justice will prevail. But when she sat down with a catcaller to do precisely this, to discuss why they think girls would enjoy them doing it when the statistics show the vast majority don’t, she was told that she doesn’t speak for all women and besides lots of them smile when it happens. She told them that women will smile and laugh but the majority of them do it in order to defuse a potentially hostile situation if they are seen to behave any other way, it’s a survival mechanism. In the face of a woman confirming she, and statistically many others hated it, they told her she was perhaps too sensitive. They had a view of women that they felt they could hold onto despite one particular woman before them and statistically many women stating the opposite. It does not seem, therefore, that when a person enters this idealistic ‘crucible of reason’ to debate, they are doing so free of prejudices and assumptions they carry in with them. One only has to see the evidence for how many more black people are arrested than whites for similar crimes to understand that such situations are not being weighed ‘on the evidence alone’ and without prejudice. She calls it a ‘hierarchy of credibility differentials’ that come into play when we come into contact with someone. Even though I prefer to express myself through written argument because I am conscious my poor recall renders me less persuasive (and credible) in a face to face debate, I might still carry prejudices about a person from how well or badly they use language in their written responses. I believe a great many elements of this credibility hierarchy are removed all the same; a person’s voice, colour, age, gender etc. are flattened when discourse is done through text alone. Nonetheless, there are almost no situations in which pure reason will prevail if you choose to give oxygen to extremist views where they advocate deliberate suffering and injury on the grounds of, for example, identity, for the same reason it won’t work between polarised views on taxation. Beliefs regarding identity and taxation are only small parts of a bigger mesh. However, authors of views that advocate suffering and injury purely based on identity are far more dangerous to the prospects of a highly interconnected world trying to make peace with itself.

Gordon-Smith, meanwhile, persists in her attempts to get at least one catcaller to reconsider and the kicker comes when a producer for a tv show gets her to sit down, armed with all the stats, to talk to one of the catcallers she’d chatted to previously, but in a calm and neutral setting. She hits this guy with the stats and he seems genuinely shocked. He had no idea that 85% of women reported feeling angry about a catcall and 67% of them feared it would escalate.

“…yeh, I feel bad if I’ve made anyone feel anything other than complimented. I just kind of embrace the opportunity that is arising. But maybe it’s not arising and that’s where I’ve gone wrong.”

Then, almost immediately he outlines a scenario to her where a girl might enjoy the catcall, then tells her he’s sure that such scenarios happen. Slightly shocked, she asks him why he’s so sure after all she’s said. “Because I know dudes would be like that.”

At this point, you are hopefully wondering why he would say that having just heard evidence that women are clearly not like dudes in this regard. He kept believing that she couldn’t speak for all women. He couldn’t conceive of having to adjust his behaviour or viewpoint in the face of evidence. Perhaps he just enjoyed doing it too much and convinced himself that the smiles were genuine, perhaps even that women secretly enjoyed it, or that a dude wouldn’t put up with it, so why would a woman. Anything to maintain his worldview. We are pattern-seekers, we do not give up our patterns without a fight. Gordon-Smith’s analysis around her chosen case studies and the simple but profound questions they raise are more important than ever.

As tenuous as the link might be, Stu Turton’s The Seven Deaths Of Evelyn Hardcastle is all about changing identities, but it is done in service of a novel that’s a cross between an Agatha Christie-esque country house murder and Groundhog Day. Our protagonist wakes up and has no idea who he is and no memory of anything that’s come before. He is calling a woman’s name but doesn’t know why, then hears a scream, and is told by a mysterious and frightening figure he believes to be her killer to go to the country house. The disorientation is exacerbated both by his not recognising his own body, but not recognising either the cowardice with which he shrank from these opening events. Soon enough, he learns that he is in another man’s body, sharing that personality and its limitations, but he has only a few such transitions, into different guests at this house, replaying the same day over, to work out the identity of the person who will kill Evelyn Hardcastle.

Taking an already complicated murder mystery plot and layering it with the protagonist’s struggles both with the limitations of the same day replaying and of his hosts, Turton does a remarkable job of maintaining a coherent narrative voice who nevertheless undergoes wildly varying psychological and emotional pressures from his hosts. While I don’t read many murder mysteries of this sort, I’ll confess I found it hard to maintain all the threads of the plot as it developed, but that was much more to do with the gaps between reading sessions. If you enjoy murder mysteries and fancy something with a fierce twist on the trope within which all the standard twists live, then get thee to a good book store.

(NB – I was unable to source and confirm the copyright for the header image for this post. I found it here, let me know if it needs to be taken down.)