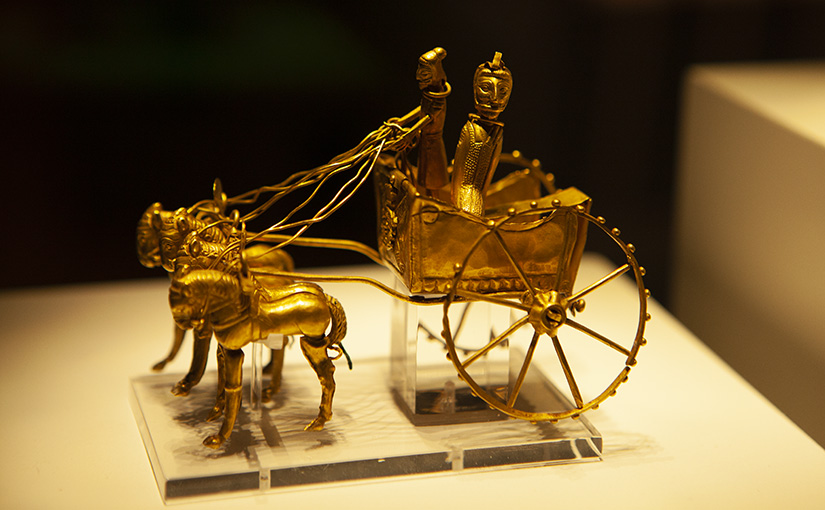 In the book I’m writing at the moment, the main character finds themselves torn from their ordinary life in my hometown of Barry. I wanted them to find an ally and mentor to help them navigate their conflict and keep them alive.I wanted this character, who I ended up calling Almaqui, to be many lifetimes old. I wanted to find a point in history, both time and place, I knew very little about (ok, that’s almost all of them) but more importantly, was a point in history not that well known generally. I fancied learning something new. I decided The Middle East would be good due to its position at the heart of the ‘Old World’. I then came across the Sasanians, in what was then known as Persia. I did some reading, though there are few books available to the casual historian that deal specifically with this period. I recommend ‘Sasanian Persia’ by Touraj Daryaee.

I was staggered by the richness of its history and culture, and I imagine I’d feel the same had I read as much of any of the ancient civilisations, but among other things they sent Roman armies packing on many occasions, created a great empire, permitted people of many faiths to take part in their society (principally Zoroastrian) and were sophisticated culturally and artistically, as well as embedded in the trade of the Silk Road. The empire ended when Persia was conquered by muslims in the seventh century and it has been a muslim country ever since. My enjoyment of this book was such that it fostered a great desire in me to visit Iran. I have no idea, with only the news to go on, how Iran might be to travel within, but my desire to one day attempt a visit was bolstered further by my visit to the exhibition ‘Epic Iran‘ currently on at the Victoria and Albert museum.

At the entrance to the exhibition this plaque is an exquisitely succinct, somewhat sanitised characterisation of what we should think of when we think of Iran. 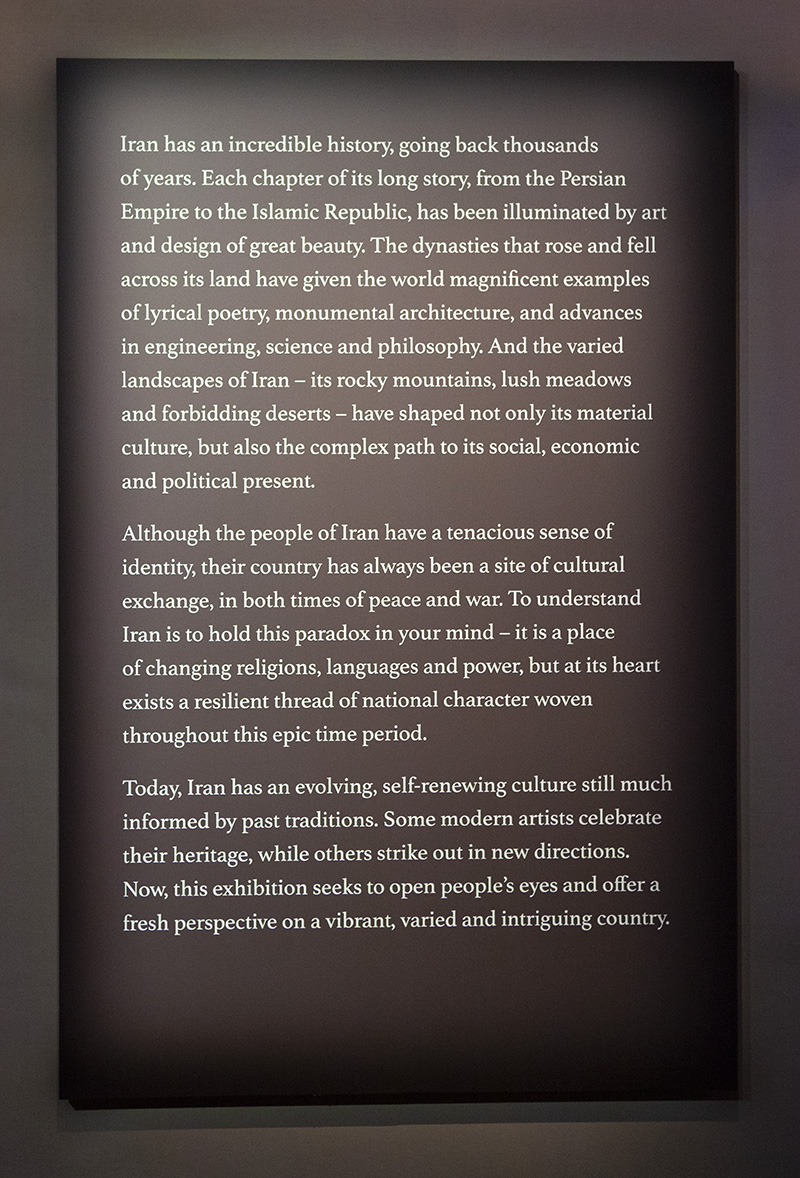 I fear that what images we might conjure when we are asked about Iran are rather more dour than both Iran and its people deserves. It may be that the Islamic Republic ushered in by the Ayatolla Khomeini in 1978-9 brought with it a harder line against the artists and intelligentsia of the decades and centuries before it, yet it remains the case that you can walk into a bazaar and buy a carpet depicting Muhammad. The regime since Khomeini has, albeit with religious restrictions I’d find intolerable, been successful in many ways for its people, with regard to access to medicine and education, for example. Yet the most striking part of the exhibition for me was in the modern art on show here, if only for reassuring me that, after many rooms filled with beautiful pottery, silverware, ceramics and textiles from 3000BC onwards, not to mention a tremendous tradition of poetry and literature, art still remains central to how Iranians reflect on their country and its past.

Almaqui, my Sasanian Persian character, will no doubt have visited his homeland over the centuries since, though increasingly less often, for plot reasons. Its centrality to both the Old World; the trade between Europe, Africa and China, then later the influences of the British and Russians due to its proximity to ‘The Great Game’, would make Iran’s influence internationally a source of pride for him. Of course, no sense of national pride is simple, it always straddles the contradictions of a country’s virtues and sins and Iran’s/Persia’s are as rich as any. I’m grateful to have been able to see up close this exhibition’s artifacts, their beauty and intricacy. I’ll sign this off with a few images I managed to snap. Many more suffered my inexperience at taking photos with a decent focal length in low light!